What Can You Feed Tadpoles? An Essential Guide

If you have found tadpoles in your garden and decided to look after them, the first thing you need to know is what to feed it. Tadpoles will eat a variety of things, but there are some foods that are better for them than others. In this article, we will discuss what you can feed tadpoles and provide a list of some of the best food items for these little creatures. 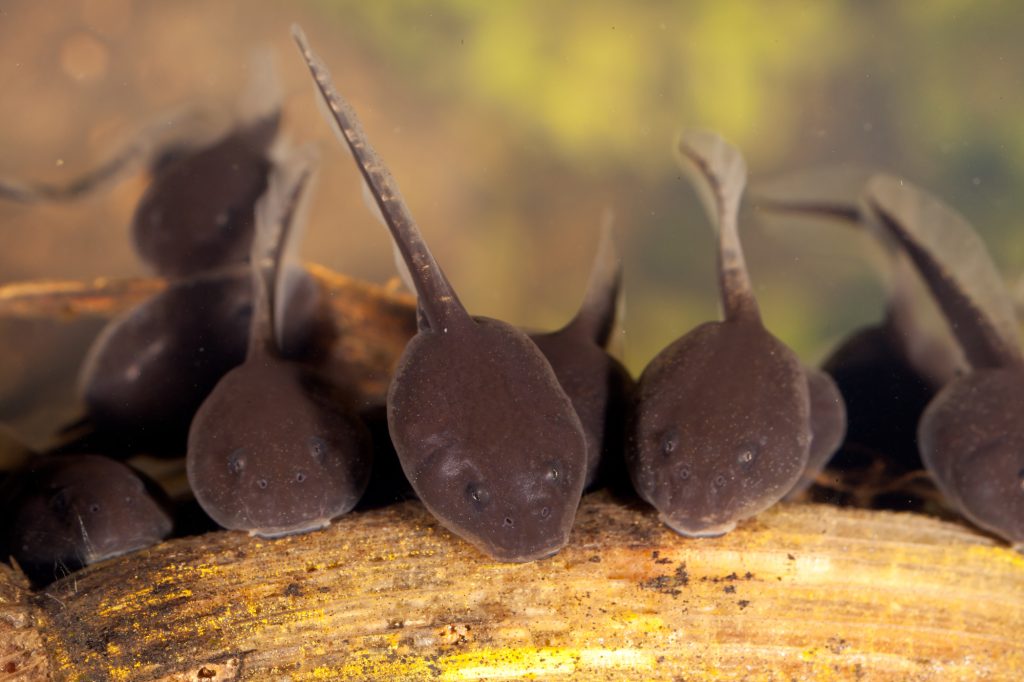 What do tadpoles eat naturally?

When most people think of tadpoles, they probably picture these small, aquatic creatures eating algae or other plant matter. However, tadpoles are actually opportunistic feeders and will consume just about anything they can fit in their mouths.

In the wild, tadpoles have been known to eat insects, crustaceans, molluscs, and even smaller tadpoles. This diet helps them to grow quickly and transform into adults and can be found easily in their natural environment such as on and around pond plants.

While algae and other plant matter do provide some essential nutrients, it is not necessarily the best food for tadpoles.

What can you feed tadpoles at home?

In captivity, it is generally recommended that tadpoles be fed a diet of live or frozen foods such as brine shrimp or bloodworms. This diet provides the nutrients that tadpoles need for a healthy transformation into adulthood.

If you cannot find live or frozen foods, you can also feed tadpoles boiled vegetables such as lettuce or spinach directly into your tadpole tank. These vegetables should be chopped into small pieces so they can easily be consumed by young tadpoles.

You can also purchase specialised tadpole food from your local pet store. This food is usually a pellet or flake food that has been specifically designed for tadpoles.

What is the best tadpole food?

When it comes to tadpole food, there are a variety of options to choose from. Many people opt for live foods such as earthworms or mosquito larvae, as these provide a high level of nutrition.

However, live foods can sometimes be difficult to obtain, and they can also carry diseases that can harm tadpoles.

As an alternative, many people use commercial tadpole food pellets. These pellets are designed to provide all the nutrients that tadpoles need to grow and thrive, and they are generally very easy to find and purchase.

In addition, commercial tadpole food pellets are typically much safer than live foods, as they do not carry the same risks of disease.

Ultimately, the best type of tadpole food depends on the individual preferences of the person caring for the tadpoles.

What should you not feed tadpoles?

- Insects that have been sprayed with pesticides

Pesticides, chemicals, and other toxins can be harmful to tadpoles and may prevent them from transforming into adults. Raw meat can also contain bacteria that can be harmful to these creatures, even when cooked tadpoles shouldn't really eat meat. Finally, leftover human food is usually not nutritionally complete and can actually cause health problems for tadpoles.

When in doubt, it is always best to err on the side of caution, this also goes for feeding excess food to tadpoles. Overfeeding can lead to water quality issues and health problems for these creatures.

As a general rule of thumb, you should only feed tadpoles as much food as they can consume in one sitting.

What to feed froglets in a tank:

Froglets will normally stay in this phase of their growth cycle for around two weeks to three months. During this time, they will gradually start to develop legs and lose their tail. When this happens, you will need to start feeding them a different diet. Froglets will eat a variety of small insects, such as:

What do you feed a tadpoles that just turned into a frog?

Frogs that have recently turned from tadpoles (adult frogs) will need to start eating a diet of small insects. You can either purchase these insects from a pet store or catch them yourself. Some of the most common insects that frogs eat include those listed above, which are:

As with tadpoles, it is important to make sure that the insects you provide as frog food are free from pesticides and other harmful chemicals. In addition, you should only feed your frog as much food as it can eat in one sitting, as uneaten food can spoil and contaminate the water in its enclosure.

This is a question that many people ask, especially those who are new to keeping tadpoles as pets. The short answer is yes, tadpoles can eat fish food, whether it's goldfish food or tropical fish flakes. In fact, feeding fish food to your tadpoles are a great way to provide them with the nutrients they need to grow and thrive. However, there are a few things you should keep in mind when feeding tadpoles fish food.

First of all, if you're planning on feeding them fish pellets be sure to break them into smaller pieces so that the tadpoles can easily consume them. Secondly, you will need to supplement their diet with other foods such as algae and plants.

Tadpoles are omnivores, so they need a variety of foods to stay healthy. By providing them with a varied diet, you can be sure that your tadpoles will grow up to be strong and healthy frogs.

What human food can you feed tadpoles?

Remember to only feed your tadpoles as much food as they can eat in one sitting, and to supplement their diet with other types of food such as algae and plants.

As adults, frogs are typically carnivorous animals, preying on small insects and other invertebrates. However, tadpoles are mostly herbivorous, feeding on plant matter such as algae and aquatic plants. This diet helps them to grow and develop into healthy frogs. Some tadpoles will also consume small amounts of detritus, or organic matter that has already died.

While cucumber is not a natural part of a tadpole's diet, it is generally safe for them to eat. Cucumber is a good source of moisture and contains several essential nutrients that can help tadpoles to grow.

However, it is important not to overfeed them, as this can cause digestive problems. As a general rule of thumb, only offer cucumber as an occasional treat, rather than making it a staple food.

What to feed tadpoles besides lettuce?

While lettuce is a common food that people feed tadpoles, it is not the only option. There are a variety of other foods that you can offer your tadpoles, such as those we've included further up in this article.